Axioms (or: This is me breaking free!) 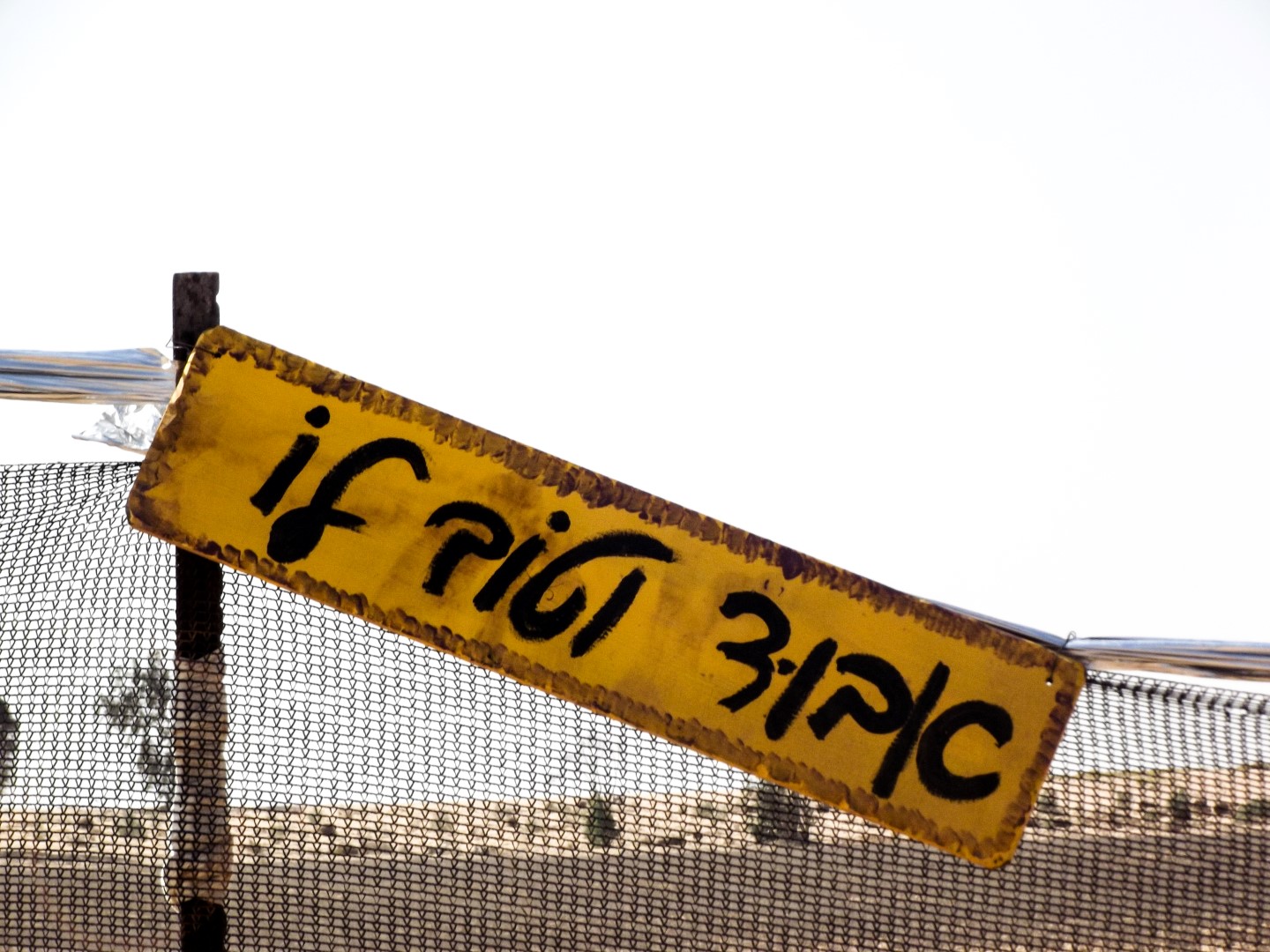 Our own axioms constitute a significant portion of what we ‘know’.
Are you aware of your own axioms? A book I’m reading has made me stop for a moment and ponder that question. Our axioms are in our very core, assimilated so deeply within us, that we tend to think about them as a given fact, as an integral part of reality, an absolute knowledge that cannot be changed or moved.
It makes it hard to identify those axioms – to acknowledge that something so basic isn’t an absolute truth, but rather something that our parents, society and culture have infused in us.

I’m certain I still carry lots of unidentified axioms with me. Some of those I’ve identified have been reevaluated, and remained as sober personal philosophies. The really interesting part lies in the axioms that have been identified, and turned out to be relative, untrue, and sometimes, even destructive.

In 2012, prior to the Israeli primary elections, I became enchanted with a fringe political party, dedicated to uncover and severe the links between politicians, money and the media. It was a whole new and relatively-hidden world I didn’t know existed. Everything I thought I knew about the credibility or the media, the economy and the political method has changed. I started analyzing things differently.
A few months ago, a new documentary about the same issues has become an instant hit here in Israel. My own axioms regarding the matter were already gone, but I could see other people’s axioms being shattered all around me, like waves hitting a stony cliff.

Another one: About two years ago, two friends dragged me to a meat restaurant in Tel Aviv, for a lecture about some weird diet. Something about eating a lot of meat and fat. ‘I’m going to listen to this nonsense, but I’m coming for the steak!‘, I told my friends. The lecturer spoke about how the butter was replaced by margarine and seed oils when he was a child. We’re so used to the accepted nutrition doctrine. We never ask ourselves when, for instance, the food pyramid was invented, or whether there’s any actual evidence pointing towards the saturated fats’ presumed role in causing heart diseases. The answer is that the food pyramid was first introduced in the 1970’s, and no – there’s actually no valid research pointing towards saturated fats as the cause for heart diseases. My basic assumptions about nutrition were broken in the first few minutes of that lecture, even though I was skeptic as hell. It triggered a few weeks of extensive nutrition research on my part, which ended up changing what I know about nutrition, mainly about fats, sugar, cereals and seed oils.

My political axioms were shattered. Most of what I thought I knew about nutrition turned out to be a load of crap.
The way I look at western society’s lifestyle, and specifically about mine, has slowly changed and developed over the years.
I never truly joined The Race – why should I chase after money, why would I go on military officers’ course, and especially, why would I torture myself and get an academic degree? My outlook at life may have already started out as less than standard, but it wasn’t anything revolutionary.
My love for computers has started out early, when I was 6 or 7. My first line of code was written when I was 11 years old, when the internet was still in diapers. By the time I’ve finished high school, it was all clear to me – I’m going to be a software developer.

So I became one. After six years as a software developer in the Israeli army, and six months in India & Nepal, I’ve finally arrived in Tel Aviv, ready to live the cliché – my own flat and my own hi-tech job in Tel Aviv’s prestigious and cool city center. The good life – money, nights out, friends and a cool, young, fun and interesting working environment – What more can you ask for?
Well, apparently there are some things I can ask for. Freedom, for example. To constantly get to know new cultures and meet new and different people, to discover the world. That’s the deal, I told myself, I really like travelling. I’ll just go travelling again, and then return home and keep working in the same wonderful workplace. It took me a lot of time to get there, yeah? It was all preceded by my need to figure out what is it exactly I’m running away from. I thought I was being irresponsible, and was also afraid of the reaction at work.
Those issues faded away, one by one. Some were gone as I stumbled upon concrete evidence that showed me my fears were unfounded, and some disappeared because I convinced myself to make them.

So I started travelling again. This time, it was different, and I instantly recognized it. I felt like I can just keep going on and on. Sometimes I needed to stop, and there were some tough and lonely moments, whenever my longing for home\friends\family hit me. But for the most part, those six months were filled with happiness and excitement, and it was concluded only because I experienced a major earthquake in Nepal and had to go back home afterwards.
Software development? That feeling kept growing stronger even before I returned home. As Tamar Eisenman and BB King have already said in two completely different eras and languages – The thrill is gone.

I went back to the same workplace nonetheless. I wasn’t ignoring those sentiments. Rather, it was my way of verifying it. Plus, I had no alternative ideas. None of my other fields of interest seemed like a potential profession for me. Photography? Writing? Music? I couldn’t imagine myself as neither a writer, nor a photographer or a musician. Eventually, I’ve realized I still like software development, I just don’t want to spend my life this way – investing my hours and years in something I’m not passionate about.

Those sentiments have grown stronger as time passed by. When I shared those feelings with close friends, they’d always ask ‘so what do you wanna do?’. As I’ve already mentioned, I had no viable answer.
At the same time, I started thinking about traveling again. India was calling me yet again, for the third time.

It was just another normal night. I got off the bus and went inside. I took a sit and waited for the lecture to start. Every time I attend an event by myself, I’m reminded of my relatively-new-found ability to be by myself and enjoy it. The things you learn while traveling.
The lecturer was an Israeli nomad. The guy has been traveling for 11 years. He didn’t say anything I didn’t already know, but he did put it all together. He said some things I thought about, some things that I still haven’t had the courage to say out loud.
I was inspired. I also felt like I just got slapped in the face and reminded of things that have become blurry over the course of time. He claimed that the only reason people (who truly wish it) don’t travel, is because they listen to everyone else, to the people around them who say it’s impossible. It just felt so right, and yet, my inner automatic alarms were going crazy.
‘So what do you wanna do?’, I was suddenly self-pondering again, and then I realized I was limiting the range of possibilities. The answer ‘should’ be a type of job or profession, while the real answer is ‘to travel’, or even ‘to wander’.
Can you hear it? That’s the sound of an axiom being broken, a social convention being shuttered to pieces.

‘Where do you see yourself in 20 years?‘, someone in the audience asked the nomad. ‘I have no idea, but one thing’s for sure – I’m gonna be happy, and I won’t regret a thing’, he answered.

Everything changed for me the moment I’ve lost that basic assumption, that one should have a steady job, that there’s no other way. I went online and discovered a whole community of nomads that make it their reality. I’ve met those people on the road. I always envied them, but wouldn’t let myself look at them and see my own reflection. I didn’t dare.

At first, the usual doubts were there: Is it the reasonable thing to do? Am I being irresponsible?
I roam the streets of my neighborhood on my way back home from work. I left early due to a sudden strong headache. I try to look at myself from an external point of view: I enjoy walking, but I’m physically drained, maybe mentally as well, a bit. My mouth edges tilt downwards instead of upwards, as opposed to my natural inclination to smile. It may not be an honest representation of my daily life, but that was the moment these thoughts suddenly surfaced.
No. The answer is ‘No‘, I tell myself. It’s not irresponsible. Not if you let go of conventions – of what’s considered normal, acceptable or appropriate – and it feels like I’m slowly learning to. I suddenly realize that deep inside me, I’ve already knew for a long time that I want to try it. I write ‘try’ and not ‘do’, because I acknowledge the fact that I have no way of being certain that this is what’s best for me, but I’ve made my peace with that fact.

‘So what do you wanna do when you grow up?’, my mom has asked me when I told her, once she’s realized that ‘software development’ is not the answer, after all.
‘I deny the relevance of this question‘, I replied.

You can look at it as me finally coming out – Hi, I’m Tom, and what I’d like to do the most is travel the world. I’m not going to adjust myself to the conventional way of life. I strongly oppose the ridiculous notion that there’s only one appropriate way to live my life. It doesn’t make the least bit of sense to me.

Do you remember I’ve asked ‘what more can you ask for‘?
Well, I can ask for much more, apparently. I can ask not to waste my best years in an office, to do the things I’m really passionate about, to travel, write, photograph, confront myself, be constantly self-attentive, change, evolve, collect moments, experiences and friends instead of property and money, take advantage of opportunities as they come and realize that I don’t have to ‘live the dream’ – it just doesn’t have to be one.